Tokenization of investments in VC funds 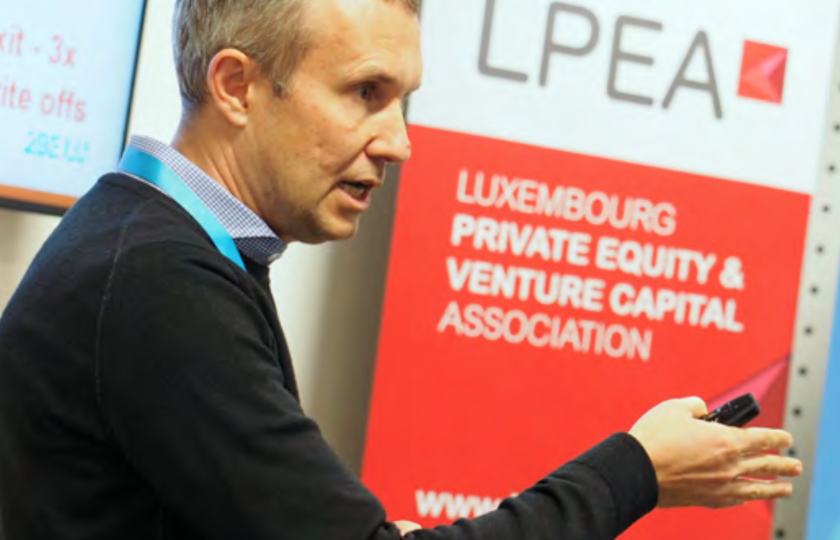 INTERVIEW WITH ALEXANDER TKACHENKO, AN ENTREPRENEUR AND VENTURE CAPITAL INVESTOR WHO CAME TO LUXEMBOURG IN 1997 TO WORK FOR A JAPANESE ELECTRONICS COMPANY AND STAYED HERE SETTLING HIS VC FUND – 2BE.LU AND AN INNOVATIVE PLATFORM FOR VC INVESTMENTS – VNX EXCHANGE.

Can you please, first of all, explain us your background and how a Russian national ends up creating a VC in Luxembourg? (2be.lu)

I came to Luxembourg to develop marketing in the former Soviet Union for a Japanese electronics company and have since mainly lived in Luxembourg. For most of my professional life I have been creating new products and developing new businesses so venture investing and supporting entrepreneurs seemed like a natural development. In 2014 I founded 2be.lu – an early stage Venture capital fund. In the following five years the fund invested close to EUR 14 million in 17 portfolio companies.

What is your preferred investment strategy as a VC investor?

2be.lu invests in seed/post seed rounds and continues to invest up to B round. Investment focuses on electronic platforms, e-commerce and companies developing artificial intelligence and blockchain technologies. We have a very clear selection process, investment verticals and investment strategy and we stay focused on it. The upside: understanding of the verticals and situation in each portfolio company, close relations with the teams. The downside: you have to say NO to many opportunities.

How did you realize the VC industry, so often linked to funding innovation, was actually in need of new solutions?

Many innovations are inspired by personal experience. While running 2be. lu, I could see that although VC as an asset class is interesting to investors not many are prepared to commit capital for 10-12 years. Not surprisingly a large part of the money for VC industry comes from the patient investors such as government institutions or pension funds. That in itself is not a bad thing except that for the large investors it is easier to work with large VC funds which in turn invest in startups of the appropriate size – later stages of the likes of Spotify, Uber, AirBnB… Again not a bad thing but most job creation and innovations are happening in small and mid-size companies, which are typically too small for the large funds. And the issue of long investment period and illiquid nature of VC makes it difficult for smaller funds to attract smaller investors. So, in reality, it is rather hard to raise money for small and medium-sized startups.
So the idea was to try to make the VC investments more liquid. As is often the case, things happen by chance. At the time when I started to think about possible solutions, one of our portfolio companies developed a blockchain platform for the secondary sale of electronic tickets which gave me the idea to see if that could be adopted for VCs. At the same time, blockchain technology itself came into prominence. Another curious coincidence was that in 2018, as I was starting to work on the idea, we were on the same panel at an LPEA organized conference with Michael Jackson, a former founding team member of Skype and a former partner of Mangrove. Michael mentioned at some point that he believed that blockchain technology may have a fundamental impact in the way financial markets work including the VC industry. I remember thinking to myself that maybe after all my idea was not so stupid. We are proud to have Michael as an adviser now. WITH TOKENIZATION INVESTORS ARE LOCKED-IN IN A VC FUND FOR A SHORTER PERIOD OF TIME – ALEXANDER TKACHENKO.

After that process you finally created VNX Exchange. How can you best describe it?

VNX Exchange is a platform where VC funds leading investments can syndicate deals. It allows VC funds to attract additional capital while increasing their return by charging a success fee from financial investors. Financial investors participate in a specific deal and since their investment is tokenized should have more flexibility on determining the duration of the investment. We have launched the first offering which is available for investors on VNX platform and have several deals in pipeline for this year. VNX is in the process of developing a secondary market solution, which should give more flexibility and liquidity to financial investors.

What has been the reaction of VCs so far?

We are at the very early stage of the development. VNX platform was launched at the end of 2019, but we already received a number of inquiries from interested funds. We think that after a few deals there will be a lot more VCs coming onto or interested in coming onto the platform.. However, we try not to run ahead of ourselves and focus on gradual growth this year.

Is Luxembourg a particularly attractive location to launch this platform?

Luxembourg has a second to none IT infrastructure and is one of the major financial centers in Europe. Government is doing a great deal to support and promote innovation. When the Prime Minister of the country is also a Minister of digitalization it means that it is in the focus of policy makers. What’s important is that it has been very consistent. In the past 10-15 years we’ve seen developments in the University of Luxembourg, Luxinnovation and Luxembourg House of the Financial Technology. Our own example is an interesting showcase as we partnered with SnT (Interdisciplinary Centre for Security, Reliability and Trust) of the University of Luxembourg on the security aspects of the platform, our office is in the LHOFT – which is really the center of the FinTech life and we discuss with Luxinnovation plans to scale up. So it is not surprising that Luxembourg established an ecosystem that is at the forefront of the important global trends in FinTech. And established ecosystems tend to make it easier for companies to operate. There is still a challenge though: startups in Luxembourg need more openness from the larger players to embrace innovation, partner, integrate, invest. That should give an impulse to many more companies and VCs to set up in Luxembourg but I’m optimistic. From left: Alexander Tkachenko (CEO and founder of VNX Exchange), Pierre Gramegna (Luxembourg Minister of Finance), Nasir Zubairi (CEO of The LHoFT), In-kyu Park (The Embassy of the Republic of Korea to the Grand Duchy of Luxembourg).

How have you seen the Luxembourg VC sector changing since you came to Luxembourg?

The VC sector was in its infancy in Europe in 1997. In those days it was mostly a US thing. I’m not sure that there was a VC fund in those days in Luxembourg. But the situation is rapidly changing in the last years and with fast developing FinTech Ecosystem as well as Brexit, Luxembourg may clearly attract a number of VC funds that would be interested to invest and support startups here. We at VNX hope it would be the case. Moreover, VNX could serve as one of the factors attracting them here. The presence of a platform that makes it easier for a VC fund to reach financial investors could be a serious consideration factor.